WWE WrestleMania 35 is set to take place this Sunday inside MetLife Stadium in East Rutherford, New Jersey : As you know this is the biggest PPV of wwe at 2019 so we will cover all released vesions , wait Wrestling-Home coverage of WrestleMania 2019 // Wait us

Winner Take All — Ronda Rousey (c) vs. Charlotte Flair (c) vs. Becky Lynch: The historical main event we all assumed was coming is now a reality. The final match on the WrestleMania 35 card will see Rousey put the Raw women’s title on the line against 2019 Royal Rumble winner Lynch and Flair, who will also put her SmackDown women’s title up for grabs. Stephanie McMahon announced on Raw that the bout will be winner take all with both titles on the line. We’re definitely set for one of the biggest ‘Mania main events in history.

Universal Championship — Brock Lesnar (c) vs. Seth Rollins: By virtue of his Royal Rumble victory in Phoenix, Rollins earned the right to choose which world championship he’d care to challenge for on the biggest stage. And while he did not do it verbally, Rollins hit Lesnar and took six F5s to close Raw on Monday, making it clear he will go after the universal title at WrestleMania as he aims to slay the beast. It may not be the actual main event of the show, but Rollins’s crowning as the top star on Raw could be upon us.

WWE Championship — Daniel Bryan (c) vs. Kofi Kingston: It took jumping through nearly all of the hoops imaginable, but Kingston is going to WrestleMania to challenge for the WWE title against Bryan after his New Day brethren Big E and Xavier Woods ran the gauntlet to get him there which finally appeased Vince McMahon. No matter the outcome, it’s going to be an awesome sight seeing a highly-respected veteran such as Kingston shine in such a huge spotlight after an amazing career to this point.

Roman Reigns vs. Drew McIntyre: Reigns needed a top-tier opponent for WrestleMania, and McIntyre more than fits the bill. The two massive, athletic superstars are nearly mirror images of one another, and McIntyre has been biding his time for a major feud. That does not mean he will beat Reigns, but McIntyre deserves a spotlight and will likely be a perfect foil for Reigns on WWE’s biggest show of the year. It took Reigns just one week, but after some more personal jabs from McIntyre, the “Big Dog” was prepared to accept the challenge.

AJ Styles vs. Randy Orton: Tensions have been building between these two, and it is clear WWE has been developing this storyline for the last couple of months. There is every chance that this is an epic and memorable match between two industry veterans who have yet to go one-on-one in a bout that matters.

Triple H vs. Batista (No Holds Barred; Triple H’s career on the line): Beginning with Batista’s return and subsequent attack on Ric Flair to ruin his mentor’s 70th birthday celebration in which he followed up by calling out Triple H, the feature match years in the making is now set. Batista showed up on Raw and requested the match on television that he’s clamored for publicly as of late, and Triple H not only obliged, but tied the no holds barred stipulation to it, as well. That wasn’t enough for Batista, though. A little less than two weeks out from ‘Mania, he requested that Triple H put his career on the line — and “The Game” did just that.

Intercontinental Championship — Bobby Lashley (c) vs. Finn Balor: Balor enjoyed a brief run with the intercontinental title before dropping it in somewhat stunning fashion back to Lashley on Raw. But he’ll get his chance to become a two-time IC titleholder at WrestleMania after defeating the champion Lashley and teammate Jinder Mahal — who was standing in for Lio Rush — in a handicap match on Raw by pinning Mahal. Lashley will have quite the tall task on his hands, as Balor confirmed on the go-home Raw that he’ll be showing up as the Demon in the attempt to reclaim the IC title.

United States Championship — Samoa Joe (c) vs. Rey Mysterio: On SmackDown Live, Mysterio himself announced that he will be facing Samoa Joe for the title on the grandest stage of ’em all. And not only that, but his son Dominic, who he reintroduced back to WWE television during the segment, will be sitting ringside. This could very well serve as the sleeper match of the night with these two competing against one another —  if it happens. On the go-home SmackDown, it was announced that Mysterio had suffered an ankle injury during his match on Raw against Baron Corbin. He’s set to be evaluated up until Sunday.

Women’s Tag Team Championship — Sasha Banks & Bayley (c) vs. Beth Phoenix & Natalya vs. Nia Jax & Tamina Snuka vs. The IIconics: All of these teams have been a thorn in the side in one form or another of the WWE women’s tag team champs, so naturally, the Boss ‘N’ Hug Connection will take them all on inside MetLife Stadium. Quite the challenge for the champs on the grandest stage of ’em all.

The Miz vs. Shane McMahon (Falls Count Anywhere): This feud really kicked off a Fastlane when McMahon brutally assaulted Miz in front of his hometown fans in Cleveland as well as his father after they lost out on regaining the tag team titles against The Usos. On the following SmackDown Live, McMahon explained his reasoning for turning on his partner, and he also announced right then and there that they’ll be facing off at WrestleMania. With less than two weeks to go until ‘Mania, it was announced that this will now be a falls count anywhere match — so, yeah, start placing your bets on what McMahon will be jumping off of inside MetLife Stadium.

Kurt Angle vs. Baron Corbin (Farewell Match): Angle announced that WrestleMania 35 will be the setting for the final match of his career, and the McMahon family afforded him the opportunity to choose the opponent who will receive the honor of standing in the opposite corner. Well, during the episode of Raw in Chicago, Angle announced that his opponent will be the man who took his place in the general manager role during his absence in Corbin. After the announcement, the internet outrage regarding Corbin being Angle’s farewell opponent was acknowledged on commentary — so you have to wonder if there’s maybe something more in store here.

SmackDown Tag Team Championship — The Usos (c) vs. Ricochet & Aleister Black vs. The Bar vs. Rusev & Shinsuke Nakamura: There was a bit of concern there for a bit that The Usos would be left off the WrestleMania card, but that was rectified just five days before the show of shows. As repercussions for forfeiting to The New Day, Alexa Bliss made a surprise appearance on SmackDown and forced Jimmy & Jey into this fatal four-way affair.

Cruiserweight Championship — Buddy Murphy (c) vs. Tony Nese (Kickoff Show): With the culmination of the tournament on 205 Live, the cruiserweight title match is set. Nese defeated former champion Cedric Alexander in the final, earning the right to face off with his … buddy … Murphy. Not the most appealing cruiserweight title match on paper, but when Murphy is involved in a match, it absolutely has an opportunity to deliver.

Who is hosting WrestleMania 35? 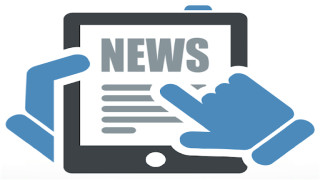 WH News And Reason of Shutdown 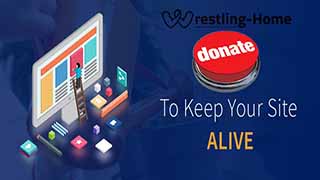 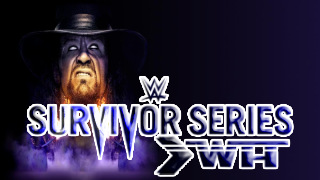